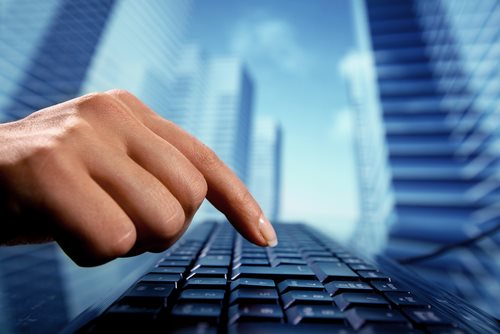 What is Computer Security?
Computer security, also known as information security, is a branch of computer technology that is applied to networks and corresponding computers. The objective of this field is to limit computer crimes, especially those associated with hacking and identity theft. The field of computer security attempts to impede the threat of computer crimes through the protection of information and corruption.
In general, the term computer security means the collective mechanisms and processes by which valuable information and services are protected from publication, tampering, or an assortment of unauthorized activities that are planned and implemented by untrustworthy individuals or unplanned events. To limit the unauthorized exposure, computer security systems will implement various strategies to prevent unwanted computer behavior.
How is a Computer Security System Created?
The various technologies latent in a Computer Security system are based on logic. There are four basic approaches to developing a computer security system:
1)    Trust all the software within the platform through the institution of a security policy
2)    Trust all the software to abide by this implemented security policy. The computer software must be validated as trustworthy
3)    Enforce a security policy with various mechanisms
4)    Enforce a security policy with trustworthy hardware mechanisms.
Although there are numerous strategies and techniques used to design the computer security itself, there are few strategies to actually enhance the security once created. One technique will enforce the principle of least privilege to a great extent. This technique awards an entity only the privileges that are needed for its basic function. In this system, even if an attacker gains access to a part of the network or system, this form of computer security ensures through the creation of barriers that the individual will not be able to access the rest.
The aforementioned strategy essentially breaks the system into fragmented parts. Through the institution of this computer security measure, the complexity of individual components is reduced, which gives way to other techniques, such as automated theorem proving, to exhibit the crucial software subsystems. This process enables a closed form solution to security that effectively works when only a single authenticated property can be isolated as critical.
Computer Security with Operating Systems
A primary use of computer security refers to the technology implemented in order to secure an operating system. The basis for this technology was developed in the 1980s and was used to produce impenetrable operating systems. Although this technology is still used today, it imposed changes to system management, which in turn, gave way to larger complexities. These versions of impenetrable computer security programs are based on operating system kernel technology, which ultimately guarantees that certain security policies are enforced in a particular operating environment.
This strategy is based off a coupling of special microprocessor features, which often involves the memory management to a special correctly implemented operating system kernel. This, in essence, forms the foundation for a secure operating system which can ensure the impossibility of penetration by hostile elements.
If the operating system is not based on a secure system capable of maintaining a domain for its own execution and capable of protecting the system from subverted code, then various degrees of high security are not possible.