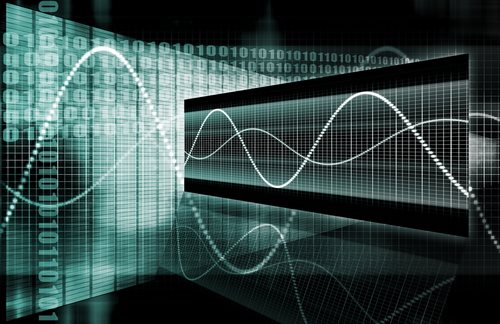 What is Cyber Warfare?
Cyber warfare is a relatively new term, which was essentially invented by government security expert Richard Clarke to encompass “any action by a nation-state to penetrate another nation’s computers or networks for the purposes of causing damage or disruption.”
Due to the overwhelming prevalence and reliance on computerized networks, this term has been classified as a new form of war or malicious intent. The majority of developed nations initiate their basic governmental functions through a technological medium. As a result of this dependence on technology, these entities are susceptible to cyber terrorists, or individuals who possess the ability to hack a government’s database or computer network to ultimately disrupt and damage the system’s basic functions.
The Threat of Cyber Warfare
Cyber warfare is often regarded as the “fifth domain of warfare” and has been formally recognized by the Pentagon as a new threat and domain in warfare. The digital infrastructure of developed nations, such as the United States of America, is, in essence, a fundamental national asset. If infringed or hacked into, the nation’s framework, such as its energy grid, water supply, or stock market, would fall victim to irreparable damage.
Just recently, numerous Government officials and top lawmakers have warned the United States Government that “the threat of a crippling attack on the telecommunications and computer networks was sharply on the rise.” Based on the reports of top-security advisors, key sectors of the United States’ economy are at risk of cyber infringement.
These sectors include: various public and private facilities, the banking and finance industry, the transportation industry, manufacturing, education, government, and the medical field. Each of these various industries or fields relies heavily on the use of computers to carry-out their day-to-day operations.
Forms of Cyber Warfare
As a result of our reliance on computer-based technologies, cyber warfare can be initiated through nearly any medium. Cyber espionage, for example, is the act of obtaining Government or organizational secrets that are otherwise deemed as sensitive or classified information. If information is not secured, it can be intercepted by skilled hackers or individuals within a cyber warfare organization.
The majority of developed militaries use satellites and computers for coordination and surveillance. If these systems are hacked into, orders and communications can be intercepted and subsequently replaced. In addition, supplies such as power, water, fuel, the transportation infrastructure, and various communication efforts can be vulnerable to disruption.
The United States power grid is also susceptible to being hacked into. As a result of this weakness, the United States Department of Homeland Security works with industry and energy professionals to pinpoint weak spots and to help enhance the security of the system’s networks. If hacked into and disrupted through the installation of a virus or malicious program, the failing power grid could spawn massive power outages throughout the nation. This cataclysmic event would disrupt the economy, distract the defense system and create a national state of emergency.