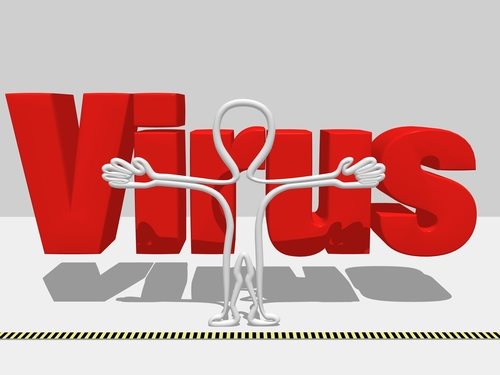 What is a Computer Virus?

A computer virus is a type of computer program that can copy
itself and gravely infect a computer system. Although the term “virus” is
commonly attached to other types of malicious software, including forms of adware
and spyware programs, they are technically held separate because forms of
malware do not possess a reproductive ability.

Difference between a Computer Virus and Malware

The term “computer virus” is often used as a catch-all phrase to
include various types of malicious software, even those that do not possess a
reproductive ability. This definition, however, is categorically incorrect for
malicious software or malware is a broader term that includes computer worms,
Trojan horses, dishonest adware, spyware, and true viruses.

Although a computer virus, a Trojan horse and worms share the same
destructive characteristics, these forms of malicious hardware are technically
different. A worm exploits a platform’s security vulnerabilities and will
spread automatically to other systems through the network, while a Trojan horse
is a separate program that appears harmless, but hides malicious software. As a
result, worms and Trojan horses, like a computer virus, will harm a computer
system’s performance.

How does a Computer Virus Work?

In order for a computer virus to replicate itself, it must be
permitted to execute code and write memory in the system’s database. To accomplish
these functions, a computer virus may attach itself to executable files that
may appear or be a part of legitimate programs. If the user attempts to access
or launch a program that is infected, the virus’ code may be executed.

A computer virus may be divided into classifications based on
their behavior when executed. A nonresident computer virus, when executed, will
immediately search for other hosts that can be infected. When this occurs, the
computer virus infects the targets and transfers control to the application
program.

A resident virus will not search for hosts when they are
executed, but instead, load itself into memory and subsequently transfer
control to the host program. The resident virus stays active in the background
and infects new hosts when the attached files are accessed by other programs or
by the operating system itself. A resident virus contains a replication module,
which is almost a replica to the one that is executed by the nonresident virus.
The virus loads the replication module into the system’s memory when executed.
The module is then subsequently executed each time the system is asked to
perform a specific operation.