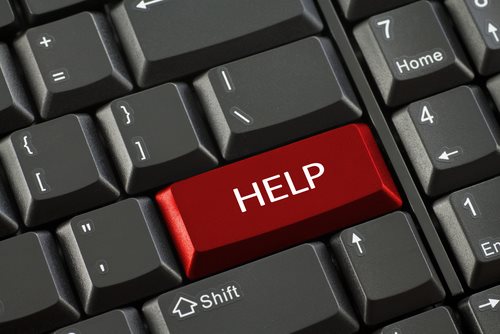 Malware refers to a damaging computer program that, when
installed, will affect the targeted computer’s basic functions. In addition to
inhibiting the system’s performance capabilities, malware may enable a hacker
to access or tamper with personal information that is stored on the system.

Malware is short for malicious software. The term refers to any
software that is designed to damage or secretly access a computer system
without receiving the informed consent of the owner or user of the system.
Malware includes various computer viruses such as, Trojan horses, worms,
dishonest adware, scareware, the majority of rootkits, and spyware.

Malware acts as a vehicle or medium to initiate a cybercrime.
When a computer is infected, the personal or financial information stored on
the system becomes observable by a hacker. In many cases, malicious software
will be disguised as a legitimate application and may even come from a secured
or official site. Malware is not regarded as defective software, which is a
program or application that possesses a legitimate purpose but contains defects
or harmful bugs.

Malware removal refers to the disinfecting of a computer’s
malicious software. In most instances a user whose computer is infected with
malware must remove the viruses by downloading or purchasing a form of
antivirus software. These programs will scan the system through the use of
codes to initiate malware removal.

Malware removal is somewhat difficult and requires constant
updating due to the fact that viruses and other forms of malicious hardware
evolve through the formation of new codes. As a result of this complexity,
malware removal programs will initiate various methods to remove harmful
software.

To identify the presence of malicious software on a computer
platform, a malware removal program will institute an assortment of techniques
and technologies to pinpoint abnormal or disruptive behavior.

Signature-based detection is the most generic identification
method incorporated by a malware removal program. To identify malicious
software and computer viruses, malware removal programs will compare the
contents of a file to a dictionary of virus signatures. Due to the fact that
viruses can be latent in existing files, the entire file is searched as a whole
and in fragments. As new viruses are being created each day, the
signature-based detection approach requires constant updates of the virus
signature dictionary. To achieve constant and thorough updates, anti-virus
software companies will typically allow the user to upload new variants to the
software, which will effectively add the formation of new viruses to the
dictionary.

The Heuristic Approach of Malware
Removal

A signature-based detection malware removal program will
incorporate a search of the system’s hardware. The search is performed to
evaluate known patterns of data within executable codes. That being said, this
form of anti-virus software is susceptible to newer malware for which no
signature is known. To counter this problem (known as zero-day threats) forms
of malware removal, known as heuristics, can be employed. A generic signature, a
type of heuristic approach, can effectively identify new computer viruses or
variations of existing viruses by searching the system for malicious code or
variations of such code.

Another type of Heuristic-based detection system incorporated by
malware removal programs is in the form of file emulation. This process involves
executing a program in a virtual environment and logging specific actions the
program performs. Depending on the actions present, the anti-virus software can
determine if the program is malicious or not. If the anti-virus software finds
malicious programming, it will carry out appropriate disinfection
actions.