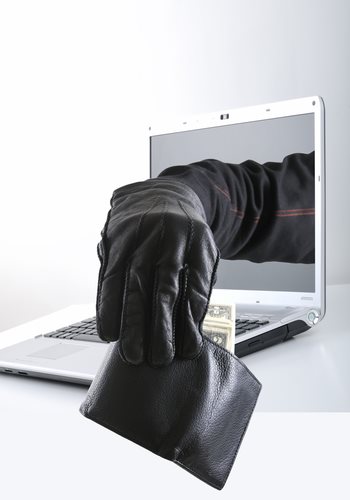 What is Pharming?
Pharming is defined as a ‘Cyber-crime’, which is a classification of crime that is committed through the usage of the Internet or similar online computational networks through methodology mirroring the hijacking of a website. A Pharming offense involves the purposeful misdirection of Internet, online traffic from a specific website towards another website. Oftentimes, the ‘secondary’ website or the ‘Pharmed’ website will be comprised of illicit or objectionable content.
What is an Example of Pharming?
Although Pharming is rooted within the logistics of computer systems and networks, practical examples exist with regard to illustrating the damages of Pharming. An example of Pharming took place in 2004 with regard to the website belonging to the online auction company, Ebay.
A teenager in Germany commandeered the Internet protocol belonging to the Ebay servers, and as a result, was able to deflect the online traffic from Ebay to the secondary site of his choice. Subsequent to this Pharming incident, the teenager was promptly arrested and prosecuted.
Why is it Called Pharming?
The act of Hacking is defined as the unlawful entry into the computer terminal, database, or digital record system belonging to another individual. The purposeful misspelling through neologism within the ‘Hacker’ community is not uncommon.
As a result, ‘Farming’ was replaced by the colloquialism ‘Pharming’. Individuals undertaking Pharming crimes have reported that the act of purposefully, and oftentimes maliciously, deflecting legitimate web traffic from specific websites onto other websites in an illicit fashion is akin to spawning growth of traffic to the ‘secondary’ destination sites of the ‘Pharmer’s’ choosing.
How is Pharming Prosecuted?
Cyber Law is the legal specialty that focuses on legislation, decorum, legality, and ethics with regard to computer networks, the internet, electronic commerce, the online marketplace, and virtual commercial activity.
Computer-based fraud, such as Pharming, is quite common within the digital age, which results in the illegal and unlawful seizing of personal data or the unwelcomed methods undertaken in order to perform the unlawful, electronic monitoring of another individual.
Pharming is considered to be a criminal activity within the realm of Cyber Law, which may retain supplemental charges that include the violation of privacy, trespassing, solicitation, or harassment.
Due to the fact that Pharming may cause a legitimate business to sustain financial loss, as well as additional damages due to respective victimization resulting from Pharming, a variety of damage claims may be brought forth.
In the event that a Pharming effort deflects traffic to websites considered to be objectionable and offensive in nature, applicable charges of indecent exposure and endangering the public welfare may be issued as well.
How Can I Report Pharming?
In the event that an individual has been made the victim of Pharming or Domain Name Hijacking, they are encouraged to contact the Federal Trade Commission, which is a Federal institution mandated by the United States Government responsible for the maintenance, protection, and regulation of commercial activity undertaken within the commercial marketplace. The Federal Trade Commission can be contacted through their toll-free telephone number: (202) 326-2222. Pharming violations may be reported anonymously.